IMDb’s What to Watch app adds ‘Time Machine,’ a film recommendation game that transports you to the past

IMDb’s recently launched What to Watch app for Amazon Fire TV introduced fun mini-games to help users decide what TV show or movie they should watch next. Now, it’s added a new game called “Time Machine” that helps users find something to watch by either year or decade. This film recommendation game will suggest up to six titles across streaming services based on a specific decade or year you input.

So, if you’re feeling like watching a silly comedy from the 2000s or a classic romance from the 1930s, the game could help you narrow down your options from the endless sea of content available today.

Other services — like Reelgood, for instance — also allow users to filter for movie recommendations by various factors, including by release year. But the “Time Machine” feature simplifies this process as it’s not just a search filter across a big database — it’s an activity.

Currently, the What to Watch app is only available to users in the U.S. with an Amazon Fire TV where it can be downloaded for free from the Fire TV Appstore. Once installed, there is an option to sign into your IMDb account, which syncs your personal ratings across IMDb and the What to Watch app. You can also prioritize titles from your favorite streaming services — like Disney+, HBO Max, Discovery+, Peacock, Paramount+ and more.

To play the new game, users select a decade or year and the app opens a portal to the past, providing six popular titles from history. There are filters you can apply to customize your picks, like choosing whether you want to see award-winning titles, top box office, movies based on genre or movies with your favorite actor. 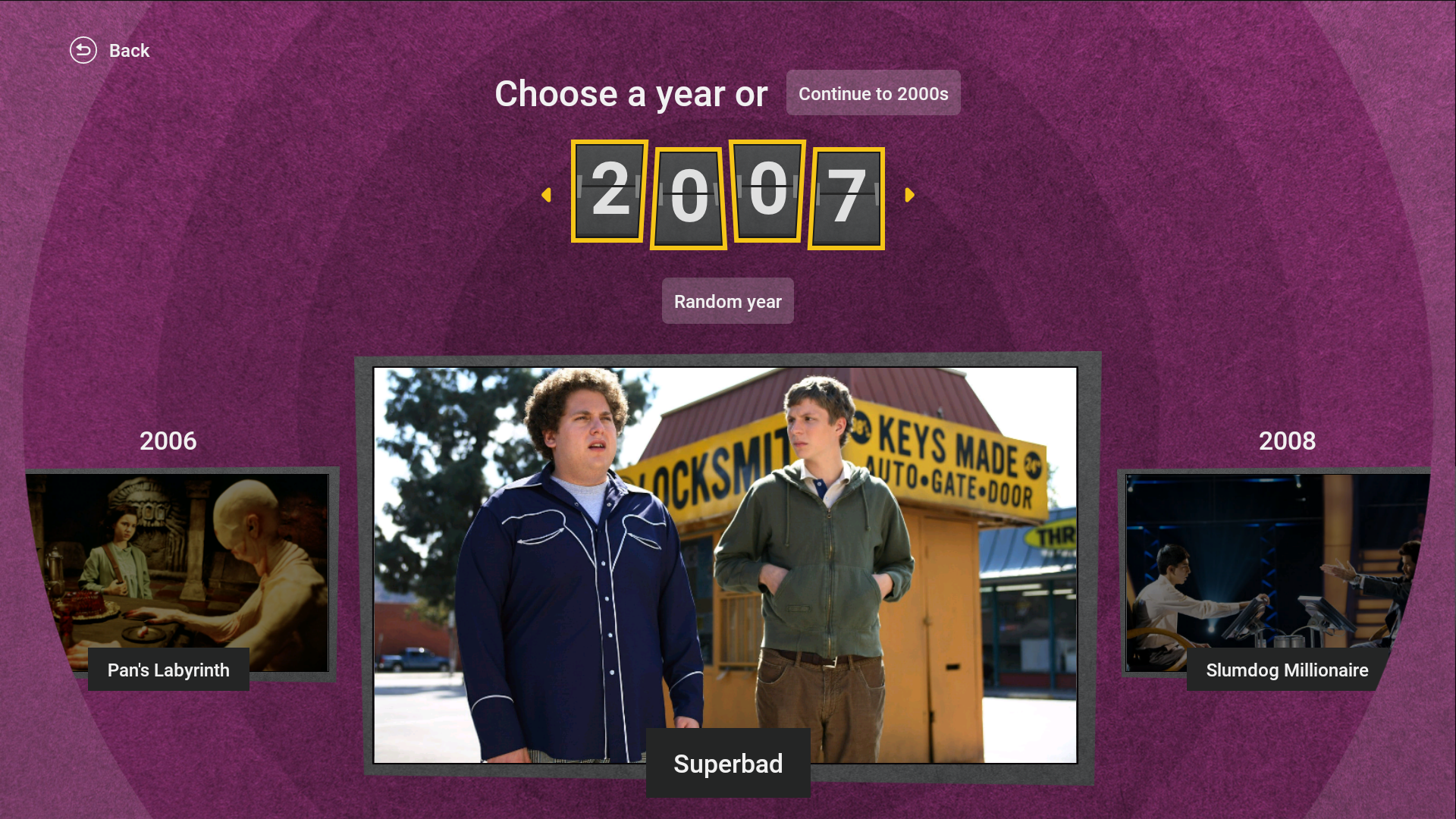 As viewers become overwhelmed with the amount of content that’s out there, IMDb’s new game helps narrow down the plethora of choices. And with the current wave of nostalgia in film, “Time Machine” couldn’t have arrived at a better time. The pandemic had many people locked in their homes, searching for old, nostalgic flicks they could stream to escape reality and relive the past. Now, audiences are returning to theaters, while reboots, remakes and sequels are crawling out of the woodwork. Recently revived film franchises include “Top Gun,” “Jackass,” “Scream,” “Texas Chainsaw Massacre” and “Cheaper by the Dozen,” among many others.

“We strive to find new and fun ways for our customers to discover and decide what to watch,” Nikki Santoro, IMDb chief operating officer, said in a statement. ‘Time Machine’ offers the opportunity to relive enjoyable moments of the past as well as learn more about movie history by exploring movie releases from different decades.”

Other mini-games available to play on the app include “Watch Challenge,” “Quick Draw” and “This or That.”

There is also an upcoming “Build-a-Cast” game, which will arrive later on the app. It will allow players to craft a dream cast of actors that they want to watch. There’s no word yet on when “Build-a-Cast” will become available to users, however.