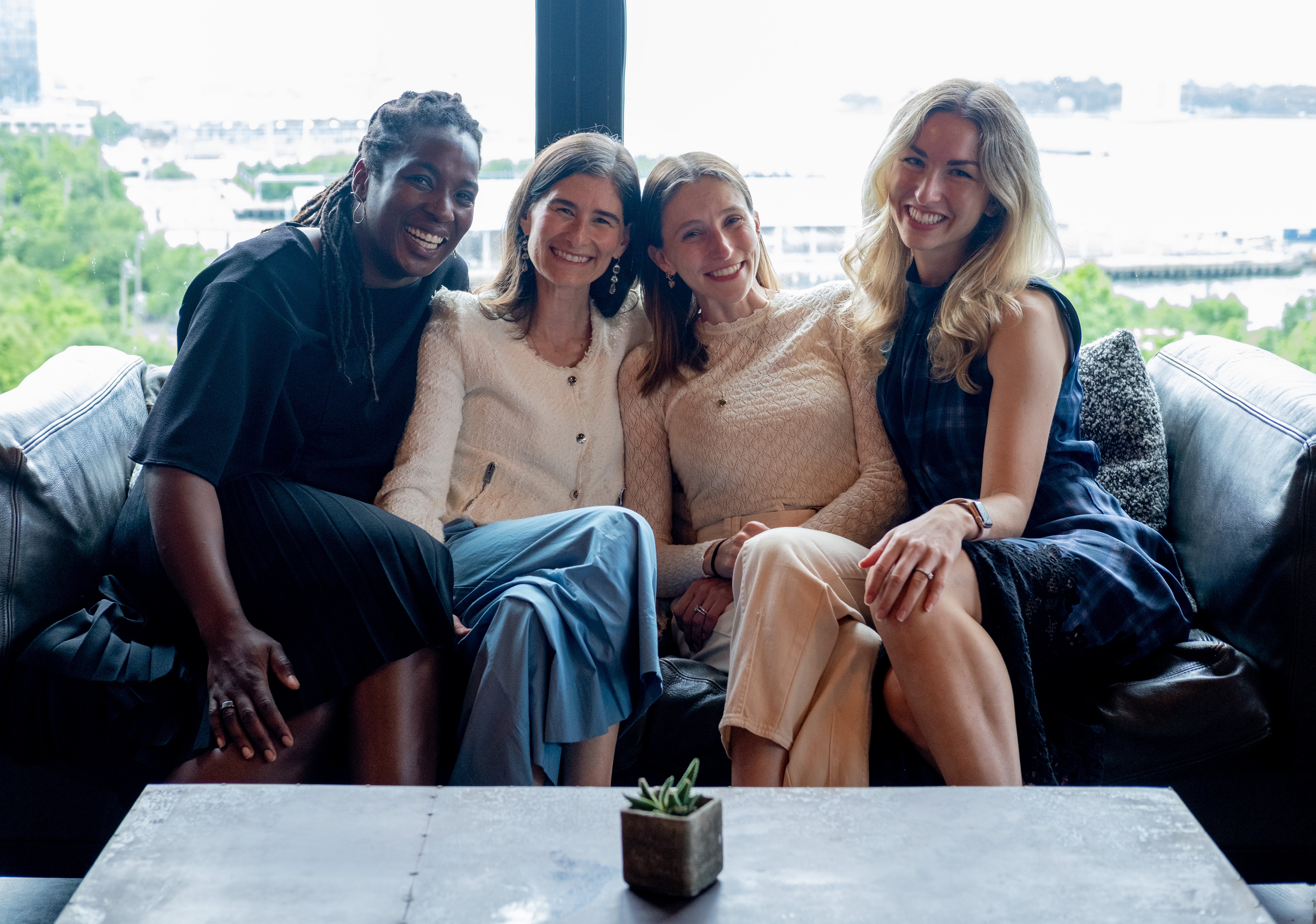 In 2020, Thrive Capital asked a cohort of folks — including Glossier VP of Communications Ashley Mayer, Cityblock Health co-founder Toyin Ajayi, Umbrella co-founder Lindsay Ullman and Tribe AI co-founder Jackie Nelson — if they wanted to be scouts, or invest tiny checks on behalf of the firm with a potential for shared upside.

Instead, the four-person group had an idea: Why not pool the scout capital they were being offered and formalize it into a micro-fund to be invested out together. Checks wouldn’t just come with one stamp of approval, but four; and instead of playing subtle scouts, the four operators can see and back a broader range of companies.

After all, invest for the job you want, right?

Twenty checks and two years later, the quartet decided to pitch another idea, this time as a firmer bet on themselves and to a broader group of investors. The vision, launching publicly for the first time today, is Coalition, a fund and operator network designed to increase diversity on cap tables and help founders access some of the top minds in tech.

The fund is a $12.5 million investment vehicle with investors including the founders of Zola, Box, Glossier, Chief and Solv; as well as senior executives at startups including Stripe, Chime, Airtable, Maven, Gusto and Ro. Traditional investment firms also cut checks into the debut fund, such as General Catalyst, Kleiner Perkins, Lux Capital, Cowboy Ventures, Homebrew, BoxGroup, Lowercarbon Capital and, of course, Thrive Capital, which lit the fire in the first place.

Coalition has been on the market for over six months and has invested in a dozen startups, including Mos, MicroAcquire, Zaya Care and Aunt Flow, as well as a slew of stealthy startups.

In addition to investing, the co-founders have brought together a network of women in the operator space who are interested in investing. Members include Annie Pearl, chief product officer at Calendly; Cynthia Burks, former chief people and culture officer at Genentech; Noora Raj Brown, EVP of brand at Goop; and Shani Taylor, head of commercial customer success at Airtable.

There are a ton of funds out there right now that say they are committed to building community. Beyond a focus on diversity, Coalition has a twist in its strategy that caught my attention.

The firm struck a deal with General Catalyst and Thrive, two of its LPs, to pilot a new economic model meant to bring diverse operators into deals at scale. Here’s how it works, Mayer describes:

GC or Thrive connects us with a founder, and we learn about that business and what areas of operational expertise would be most valuable. We then surface and vet relevant operator profiles, increasingly via referrals from operators already in the network. When an operator match is made (both the founder and operator want to work together), GC or Thrive carves out a portion of their firm’s upside in that specific investment for the operator, in exchange for advisory support.

Those economics are based on the equivalent of a meaningful angel check in the most recent round, with full upside exposure in the event of an exit. Individual operators have aligned long-term incentives with the company (or companies) they’re supporting.

Coalition does not charge anything to be part of the Network, and says it does not plan to.

The GC/Thrive deal is also a way to get people from diverse backgrounds onto cap tables, without needing to front-load cash themselves. It’s a pushback on the idea that anyone can angel invest or spin up a rolling fund — which is especially untrue for founders and operators from historically overlooked backgrounds.

“Operators may have high net worth on paper, lots of visibility, and lots of potential future wealth, but very little liquidity,” Mayer said. Capital matters, and this deal is meant to both de-risk and onramp at the same time.

The two-pronged approach of fund and network helps Coalition cover multiple fronts: founders can turn to the firm for capital or the network for advice at no further dilution. Aspiring investors and advisors can turn to the firm to begin building out their portfolio, and LPs can put money into an operation that is committed to broadening diversity on cap tables, known to have economic benefits.

The operator network is almost a full circle moment to how Coalition started in the first place, rooted in helping smart folks break into venture. Mayer said that Coalition, the fund, doesn’t have a formal scout program because of the fund’s size, but the network is their way of incentivizing people to bring deals and share in the economics of it.

One potential confusion for founders could be in deciding when to come to Coalition “the fund,” versus when to come to General Catalyst or Thrive for money yet get support from Coalition “the network.” There’s a world where the fund’s investments, and the network’s support, are competitive. And for the founding team, which is incentivized to land amazing deals with LP money, it can feel even greyer.

Check size helps the founding team avoid this, for now.

Mayer said that the team hasn’t “yet run into any conflicts between the fund and network” although admits that theoretically they could invest in a company through the fund and work with the startup through the Coalition Network. However, given Coalition’s check size, it almost always has to invest alongside a lead investor, meaning that collaboration is key to its success.

“We’re building the destination for founders who want to access top operational expertise, whether they’re excited to work with the four of us or are intrigued by the broader network,” Mayer said. “And it’s the place where operators come to access curated opportunities focused on the cap table.”

If this sounds like a lot of moving parts, it’s intentional. Mayer explained that she and her three co-founders saw the value of taking a “portfolio approach” to careers, basically going deep on their respective operator roles while also angel investing, and eventual scout investing. Three of them previously worked in venture but left it because they missed the experience of operating. Now, they’re trying to scale a way for people to keep their day jobs, and build beyond it. Ajayi said that “as one of few women of color leading a venture-backed company, I feel a deep obligation to hold the door open for others.”

“We all built Coalition in addition to our very busy jobs because we saw how much incredible operational talent was under-activated, and we know that diverse cap tables are one of the best paths to wealth creation and a more equitable startup ecosystem,” Ajayi added.

Mayer is the only full-time GP, while the others are part-time.

“Taking more of a portfolio approach to your career makes you better at your day job,” Mayer said. “One of the best ways to grow in your career is by looking out and not putting on blinders and only being heads down in your day job.”

How investors are playing offense right now (their words, our two cents)